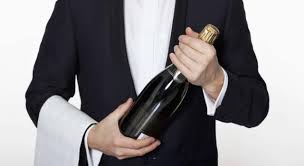 (Napa CA) April 13, 2015—Three days of intense examination culminated with eighteen new names being added to the Court of Master Sommeliers, Americas list of individuals who have passed the Advanced Sommelier Exam.

Two women and sixteen men passed the exam, which was held April 7-9 at the Hotel Monaco in Portland, OR. 66 candidates from 14 states and Canada sat for the exam, which is the third in a series of four increasingly challenging tests of knowledge and skill offered by the Court. At this level, candidates with a superior understanding of wine theory and beverage service, as well as a highly sophisticated tasting ability, are distinguished from the thousands of wine service professionals who attempt the Court’s exams on a yearly basis.

Of the eighteen passers, one rose to the top as the exam’s highest scorer: Jake Lewis of Momofuku in Toronto, Ontario earned the Rudd Scholarship, which is offered by the Guild of Sommeliers, providing $5,000 in funds toward the coursework needed to prepare for the Masters Exam and an invitation to attend the prestigious Rudd Masters Roundtable in Napa Valley, California.

By the time candidates reach the Advanced Examination, most have already invested years of study, in addition to significant time working in and around the beverage industry. From here, many will set their sights on the Court’s Master Sommelier Diploma Exam, which just 220 individuals worldwide have ever managed to pass.

“We are pleased and honored to welcome these eighteen exceptional professionals to the level of Advanced Sommelier,” said Andy McNamara, Chairman of the Court of Master Sommeliers, Americas. “It is a fantastic accomplishment, and they should all be extremely proud of their achievements.”

The complete list of candidates who passed the Advanced Exam in Portland follows:

ABOUT THE COURT OF MASTER SOMMELIERS