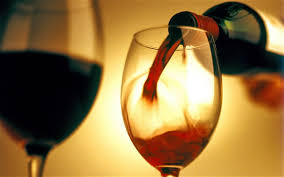 On our first date, my ex-boyfriend took me out for a fancy Italian dinner. After he ordered us a bottle of wine to share, he quickly scanned the wine list and was disappointed to find that the bottles were not miraculously at a lower price point than the stuffy Upper East Side locale would suggest. Having backed himself into a corner, he chose the cheapest bottle on the menu, still $80, and feeling guilty, I ordered the chicken. The chicken was bland and the bottle of Pinot Grigio was far too acidic for my taste. The bill came out to $233.

I revisit this dilemma almost every time I purchase wine. Whether at a restaurant or in a wine store, I often find myself choosing a bottle in a variety I know I like at a price point I feel comfortable with, with little knowledge of the bottle’s quality. The truth is that most people aren’t attuned to the discrepancies between differently priced wines.

In a study conducted at Caltech, participants were asked to sample a selection of five wines identified as ranging from $5-$90. Each participant’s brain was scanned as they sampled the wines to help verify their opinions. The twenty individuals collectively ranked the wine in correlation with each bottle’s price, with the $90 bottle tasting the best.

However, there were only three different bottles being used in the study; the $90 bottle was actually the same as the $10 bottle. When they conducted this experiment again without awarding any price information to the individuals drinking the wine, participants ranked the $5 bottle the highest.

While this experiment gives way to a much larger analysis of thought patterns and the power of suggestion, there is a question as to why we value higher priced wines. Most people don’t even know the factors that determines a bottle’s price tag. There are a ton of things to consider that affect the cost on a bottle. Expensive bottles are marked by three traits in particular: oak, time and terroir.

Aging a bottle in oak exposes it to more oxygen and drastically changes the flavors and characteristics of the wine. However, because oak barrels themselves are expensive, bottles aged with this method are slightly more expensive than those that aren’t.

Particularly with red wines, the practice of aging also changes the flavor of the wine over time. As it is stored in a cool, dark place, the wine loses its tannins and acidity. Because of how time consuming this practice is, it too raises the price point.

The connection between terroir and price is probably the most intuitive. Terroir essentially means that a wine tastes and behaves like that variety of wine tastes and behaves when grown in that region. Nicer vineyards focus on reducing crop yields so that the resulting grapes will be more intense. Therefore more expensive wines are also marked by a more rarified terroir, as they are the result of a far more limited crop of grapes.

In addition to these production differences, wines are also subject to an astronomical markup, particularly in restaurants. These margins are meant to cover marketing, transport costs, operational costs, state taxes –  but they’re largely arbitrary. Restaurants reserve the right to mark up their bottles as much as they want.

It is possible to find a perfectly good bottle of wine at nearly any price point. Experts submit that the greatest value for an affordable wine hovers around $20. When you begin to approach high-priced wines, you are doing so with the understanding that the notoriety of the brand and rarity of the vintage are playing a major role in the bottle’s cost. Still, a $1,000 Château Lafite Rothschild Bordeaux is very different from a bottle of “Two-Buck Chuck,” the nickname given to the mass-produced Charles Shaw line of wines exclusive to Trader Joe’s that originally retailed for $1.99 in California. (In other states, it comes in at a whopping $3.39)

As is always the case when ordering or purchasing a bottle of wine, be sure to keep an open mind and do your research. You may be able to save yourself a pretty penny in the long run. Who knows? Your new favorite bottle may end up costing less than your cab fare to the liquor store.

The post Why Is My Wine So Expensive? A Glimpse At What Jacks Up The Price Of Posh Wine appeared first on VinePair.